We are a web design company who combine technology, strategy and creativity to build the website you and your customers need. Our mission is to create with purpose and deliver results.

GET A FREE QUOTE

Is it your first time entering the digital space? We can guide you through the steps to getting your business online from design, to coding, to buying a url, to setting up emails, to forming a digital marketing strategy.

Have you got a website that needs updates or new features? There is no job too small for Moonshake. We can take on your digital repairs and maintenance and add new functionality to your website at a competitive rate.

Want to turn your site into a sales platform? We can help you create a platform to reach customers regionally, nationally or even internationally and increase your customer base exponentially.

Established in 2019, Moonshake Digital are relative newcomers to the web development game. That’s not to say we’re lacking in experience.

We have worked across the media and marketing landscape in various capacities for the past decade. When you look at Moonshake Digital, you are seeing the culmination of a career at the cutting edge in the digital and media industry.

Moonshake Digital are there for businesses who want to do things their own way. We charge by the job and not by subscription, allowing you to run your business and marketing your own way.

We strive toward constant improvement. If there is a better way to do something, we want to know about it. Our aim is to stay at the forefront of marketing and web development so that you can benefit from our experience.

We offer a variety of packages and services with no commitments or contracts and strive to deliver a quality product at a competitive price. Our business is lean and overheads are low so we can pass those savings on to you.

We’re a local business based in Griffith, NSW and cater to businesses across the Riverina. When you need to call or meet a member of our staff face to face, we’re there for you. We know the community and what the community needs.

We take your business’ security very seriously here at Moonshake. We use only Australian coders and designers and we regularly review the latest security protocols and procedures to keep you and your customer’s data safe.

Video is a great driver of traffic on a social media feed. That’s why Moonshake offer a professional video production service.

We have industry standard video, audio, lighting and editing as well as more than a decade of experience with Australian television networks.

We are happy to create video for Facebook, Twitter, Instagram and television and are well versed in the standards required for each medium. So, why not get your message out there with our professional touch?

Shane has been working in media and advertising for more than a decade. Having recently moved from Sydney to Griffith, he wants to use all of the skills he has built to help local businesses grow and flourish.

Shane has a Bachelor of Television Production and a Diploma of Web Development. He has worked for the NSW Police, filming, photographing and editing media releases, he has edited for Masterchef, Gogglebox, Australia’s Next Top Model, The Bachelor, The Biggest Loser, Selling Houses Australia, Mythbusters and many more and has programmed and developed for advertising and marketing companies handling large clients such as McDonalds.

When not developing and editing, Shane likes to spend time with his new family and sometimes likes to blast a bit of guitar out when the baby isn’t sleeping. 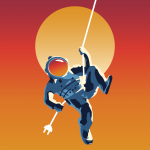 We are a web design company who combine technology, strategy and creativity to build the website you and your customers need. Our mission is to create with purpose and deliver results.